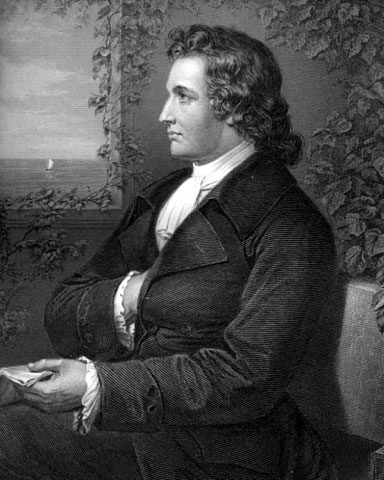 Goethe’s approach to the study of nature, upon which Rudolf Steiner’s concept of agriculture is based, can be characterized as phenomenological, in contrast to the reductionist approaches exemplified by the work of Descartes (1536-1650) Newton (1642-1727), Linneaus (1707-1780), and their followers.

In Descartes’ view, the physical world is separated from spirit (God, mind), and the universe a mechanical system governed by natural laws that can be described in mathematical terms. In following Descartes, Newton demonstrated the scientific method of reducing complex phenomena by quantitative measurement and mathematical formulas involving the substitution of instruments for the human observer, and relying on controlled experiments to verify hypotheses. Linnaeus, the founder of the binomial system of nomenclature based his system of plant classification mostly on the number of stamens and pistils in the flower. Modern science and technology are the direct result of the reductionist method, most strikingly illustrated by the new platform tool referred to as nanotechnology which measures and manipulates matter at the scale of 1 billionth of a meter.

Johann Wolfgang von Goethe (1749-1832), who was a natural philosopher and scientist as well as a poet, argued that the life history or development (ontogenesis) of organisms is not reducible to mechanistic explanation; life processes must be understood in teleological rather than causal terms, and the teleology (end goal or indwelling purpose of life force) of an organism is best understood in terms of its holistic “form” or “type.” Holistic science must factor in the human observer and therefore is necessarily qualitative rather than reducible to quantitative measurement and mathematical abstraction. Goethe’s scientific method involved sustained observation of phenomena in nature through all of the five senses, but also through intuition and the imagination. Observation intensified through experimental variation would provide the observer with multiple perspectives and gradually lead him to intuit a unifying concept, the “form” or “type” of the organism under study. Ideally the observer becomes intuitively one with the phenomenon studied instead of objectifying it through mathematical abstraction. Macro-level understanding of the living form rather than micro-level (molecular or submolecular) construction is the goal of Goethe’s science, the diametric opposite of the goals and methodology of nanotechnology.

Goethe demonstrated his methodology in important applied studies to develop a theory of color that corrected and amplified Newton’s theory of light; he developed a theory of plant metamorphosis that laid the foundation for the study of morphology in contrast to Linneaus’s reductionist model; and he discovered the intermaximillary bone through holistic analysis of human anatomy. Long ignored by natural scientists because of his rejection of mathematical abstraction as an adequate tool to understand natural phenomena, Goethe is today recognized as a founder of the science of ecological systems.

On the biodynamic farm, Goethean science becomes the model for understanding soil quality, the life of plants and animals, and the countless symbiotic relationships that make up the whole farm organism. If nothing else, Goethe teaches the farmer how to see, hear, smell, feel, taste, and intuit the organic and inorganic life forms upon which the success or failure of the farm system depend. S&S Center for Sustainable Agriculture teaches the Goethean approach to nature through practical example and application, workshops, intern- and apprenticeships, short courses, and other educational programs, public presentations and articles (link to “Goethe’s Color Theory on the Farm,” and to “Goethe’s Concept of Plant Morphology.”)